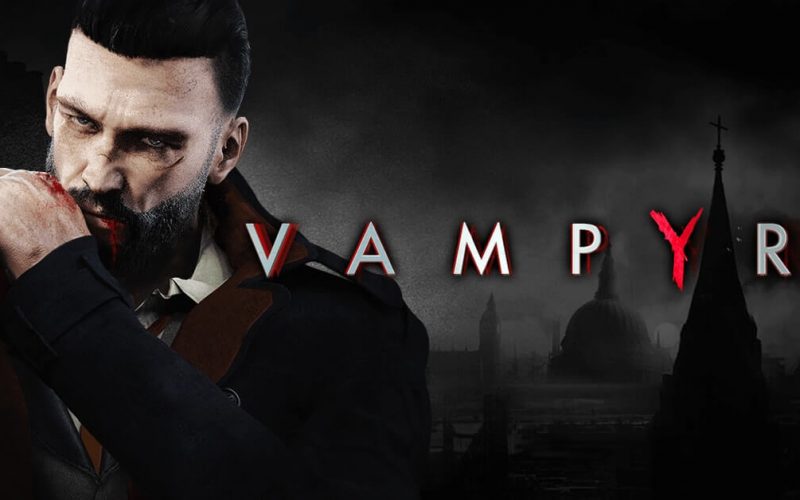 Jonathan Reid is a doctor with a particular interest and expertise in blood, giving his transformation into a vampire a splatter of dark irony. The caring helper of the sick and protector of the weak is still in him, but so is a ravenous monster with an all-consuming desire to drain the crimson, life-giving nectar from his patients’ bulging, fleshy necks. It’s a deliciously evil and original premise for a vampire story, and frequently forces you to make some genuinely tough decisions.

Do you kill an innocent for a significant XP boost and a large helping of tasty, high quality blood? Or do you stick to your morals and resist the urge, grabbing filthy rats off the cobbled streets to briefly slake your unholy thirst? It’s a choice made difficult by the fact that the people whose arteries you can suck from aren’t just random, faceless NPCs: they have personalities, hopes, and dreams, and voice actors. There are some unpleasant characters who probably deserve to become vampire chow, making your life a little easier. But can you really bring yourself to slurp from the veins of an innocent, hard-working nurse?

Here’s the thing, though: that nurse might not be as honest as she seems. There’s an investigation element to Vampyr, with Reid uncovering details about the lives and interconnected relationships of the people he encounters in the cosy pubs, dingy slums, and foggy streets of London. The game is set in 1918, in the wake of the First World War and during a Spanish flu epidemic, which makes your bloodlust even more disturbing. These people’s lives are bleak enough without worrying about random vampire attacks too. 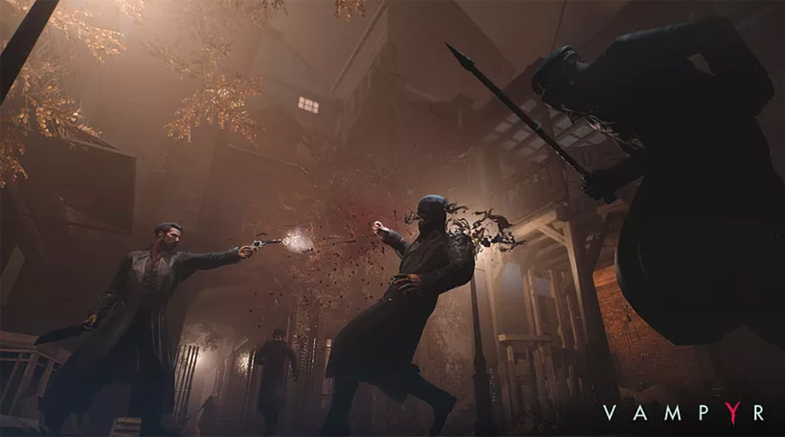 Reid’s primary motivation is finding out who turned him into a vampire. He ends up working nightshift at a hospital, using it as a base of operations to perform experiments and venture into the city to follow up on any leads he has. In doing so you’ll also pick up various side missions and gradually fill in a mind-map of the people populating the district you’re in: potential allies or, perhaps, victims. As you explore the abandoned flats, docks, and warehouses of London you loot materials that can be crafted into helpful items and medicines, and there are hidden safehouses where you can rest and unlock new powers.

The more you learn about someone’s life through exploration, conversations, and reading documents, the easier they’ll be to mesmerise and lure into a dark alley for a spot of blood-sucking. So it pays to get to know the person you’re about to murder, which is honestly one of the sickest things a game has ever made me do. And when you’ve feasted on a victim you can spend the accumulated experience points on upgrades to make Reid a better, deadlier vampire, which is a bit of an illusion-shattering reminder that, yes, this is a modern videogame and so must have some kind of skill tree in it.

Another twisted system in Vampyr is treating ill citizens with medicine crafted from scavenged items to improve their health, making them a more nourishing meal should you choose to devour them. Killing someone is bad enough, but nursing them to health first? That’s just evil. Importantly, though, Reid never takes pleasure in this. He’s a ‘newborn’ vampire, still clinging to the last threads of his humanity, and much of the drama of the story comes from how he finds his newfound need to drink blood deeply upsetting.

You also have to consider the health of the district you’re operating in. Curing illnesses improves its overall health, while killing people for the purposes of blood-draining lowers it, adding further weight to your decisions. A district in poor health will see diseases spreading more rapidly and shops charging more for items. It’s even possible to lose a district entirely when it drops dangerously below the ‘critical’ state, but the story will continue regardless. This is a nice way of respecting the player’s decisions—even the bad ones—which is something I’d like to see more games do. Fail states are boring.

There’s a lot of interesting, high concept stuff in Vampyr, and I love how Dontnod has used the tropes of vampire fiction to create a simulation of life as a vampire. London makes for an atmospheric setting, with buildings looming ominously through the fog and a dark, oppressive feel to the cobbled streets. But it feels like a game at odds with itself, veering wildly from compelling, dialogue-driven storytelling, to flat, uninspiring action, and back again. I never really fell in love with Reid either, a grim, relentlessly self-serious chap whose charisma seems to have been sucked out of him along with his humanity.